So, just gather together some stuff I’ve been meaning to actually announce for a while. 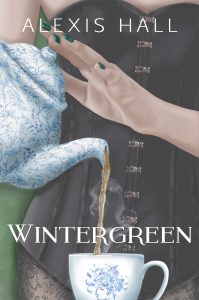 First up: I did a proper, official, pretty-looking version of Wintergreen for them as want it. That’ll be available to download from the issue of my newsletter, which I’m hoping to put out on Valentine’s Day but will inevitably and end up sending out some random Wednesday in April. So, yeah, sign up to the newsletter if that’s a thing you think you might want.  Apart from typo-swatting and fine-tuning, there isn’t a lot of difference between the shiny version and the version I posted on the blog a few months back. So if newsletters aren’t you thing you don’t have to worry about missing out.

Sorry I keep trying to force people to sign up for my newsletter all the time. It’s very sporadic but I quite enjoy writing it because it feels like a very opt-inny type of social media. And it means I have something to point at triumphantly when people are like, hey, why aren’t you doing any promo?

Secondly, the billionaire book that’s come out this year (end of April, I think) finally has an agreed title. At least, it’s up on Amazon so I assume it’s been agreed. I keep expecting someone to turn round and be all, “No, you can’t call your book How To Bang A Billionaire.” But it looks like I’ve got away with it.

How to Bang A Billionaire on Amazon UK

How to Bang a Billionaire on Amazon US

Although I will add that the unadvertised advantage of calling your book How to Bang a Billionaire is that you will definitely be the first hit when searching under the title. Am marketing genius.

Thirdly, I mentioned this on Twitter but I haven’t said anything a more formal medium yet. I recently contracted a three-book series with Avon’s digital imprint. So that’s super super exciting. It’s a Regency-set, well, I was going to say trilogy but it’s not really a trilogy, more just a bunch of books with some connecting characters, anyway it’s a Regency-set one of those and it’s, um, m/f actually.

I’d be more concerned that this looked like a pretty serious branding detour except I like to think I’ve comprehensively established my brand as “all over the fucking place.” I’ve wanted to do historical for a while so this felt the right way to go. Although the books are m/f I still very much see them as an LGBTQ+ series in that at least one, occasionally both, of the protagonists are not normatively heterosexual. The first book has a bisexual hero, the second book as a demi-sexual hero, and the third book has a bisexual heroine and a heteroflexible hero. Although obviously it’s a bit hard to talk about sexuality in those sort of terms in a historical setting.

So, um, yeah, I hope you’ll enjoy those. They should be bawdy, rompy and queer as fuck. I’m also hoping to fulfil a dream I’ve had since I starting writing romance, which is to have a splendid frock-cover. I’d also like big swirly golden writing, but you can only dream so big. 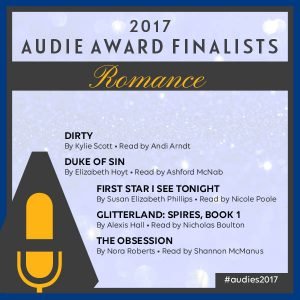 And fourthly: Nicholas “Male Hawke from Dragon Age 2” Boulton’s audio-version of Glitterland is a finalist in the Audies which are like the Oscars of spoken word so … um. Wow. This feels weird beca
use it’s my book but Nick’s performance is kind of its own thing entirely. It was huge privilege to have him lend his talents to Glitterland. If you haven’t heard it, maybe you could hop over to Audible and check it out.

Social media wise, I’m still tweeting nonsense with the help of my social media person. I’ll continue updating the blog. There are still games in my board game collection that remain unreviewed, not to mention seasons and seasons of Star Trek so I like to think I’ll have content for a while. Someday I might even talk about writing but, honestly, I have way more to say about board games.

Another thing I’ve been thing I’ve doing, since rolling into 2017 weighed down by conspicuous consumption, is Finishing My Shit. Because I tend to be very busy, but do have a disposable income, I have an awkward habit of equating buying something with consuming it. So I’m now allowing myself any new shit until I’ve finished at least some of my old shit. I may blog about the old shit that I have finished. Because you can’t go wrong with a blog post about old shit.

Also: I have a newsletter. Did I mention the newsletter? *points at newsletter*