Hello! So, as you’ve probably noticed if you’re reading this, I have a shiny new website. Which I’m still sort of working on, to be honest, meaning quite a lot of bits of it aren’t super working right now. But it will all be up and running soon, I promise. Though, like nearly every other project I’ve ever worked on, that might be soon in the Aslan sense.

I’ve been meaning to update the website for quite a while because, when I first started it, I didn’t really have much of an idea about what the finished produce was going to look like. At the beginning of what I somewhat laughably call my career I had a lot of spare time and not a lot of books to talk about so there’s quite a lot of detailed information about my earlier stuff—a lot of which probably isn’t that interesting to readers—but as time as gone on and my commitments and back catalogue have racked up the most I’ve been able to remember to do is stick up a copy of the cover with a brief description saying “this is a book about some people, they might kiss in it” and, if I was feeling tremendously on the ball, I’d include a buy link.

While we’re on the subject of the internet, my limited free time and getting professionals to do things I’m not very good at people who follow such things might have noticed that I’ve also handed over much of my social media presence to a social media manager. Essentially it had got to the point that I was spending more time talking about my books on the internet than I was spending actually writing new books and I didn’t think I was doing myself, or my readers, any favours. As a result, I’ve decided to step right back and discipline myself to using my sitting-down-in-front-of-a-computer-time writing fiction instead of tweeting pictures of hippos.

Which is a shame because I do love me some pictures of hippos. But I gots me some books to write.

I’ve told myself I’m going to update this blog more often as a sort of compromise position. But, as regular visitors to this website will know, my track record in this area does not exactly inspire confidence. That said, I have a whole crap tonne more Star Trek to talk about. And a couple of board games to review. I’m aware that some writers talk about their books and I sometimes think maybe I should talk about my books but I’m weirdly superstitious about that. Actually, I’m weirdly superstitious about most things.

Obviously I can still be contacted by most of the usual methods. My lovely Social Media Imp, Michele, is more than happy to pass on messages or tell me if there’s a hippo picture I particularly need to see. If you have any questions about any social media type stuff you can contact her directly at mjh(at)quicunquevult(dot)com. And, as ever, I love hearing from people and can be reached at ajh(at)quicunquevult(dot)com. I used to have to contact form but it died when I was updating the website. Unfortunately this means that any messages anyone has tried to send me in the past couple of weeks may have been eaten. I’m really sorry if this includes you and I’m trying to dig them out of the internet as we speak.

Anyway. That’s my exciting technical website update. I hope you enjoy the new look—which is basically all I can enjoy because I haven’t really got any of the rest of it working yet.

Also I had a book out a bit a go and I’ve been so distracted I sort of kept forgetting to mention it. But there’s a book out, it’s called Pansies. I really will send a newsletter round at some point.

PS – here is my favourite hippo. I identify with this hippo very much. 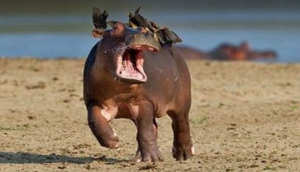