Writing always accrues detritus so here’s some bits and pieces from For Real.

If you use Spotify, the direct link is here.

So, um, I wrote this kinky book.

It’s one of those head-down, caution-to-the-wind type books. I wrote it – much as I write everything – because I wanted to read it.

The role and portrayal of sex in romance is something I’m pretty fascinated by. It’s kind of difficult not to be, really, because sex (for those who aren’t on the ace-spectrum) is part of life, part of how we communicate and express ourselves, part of who we are. It’s also something people in my bit of the world would rather dismiss and deride than explore. Basically, romance is one of the few fictional genres that allows (and encourages) open discussion not only of sex, but of a broad spectrum of sexualities and sexual behaviour.

But not without issues.

Any fictional genre is built on signs and signifiers, tropes and expectations, and the way these shape our approaches and responses to fictional sex is something I spend a lot of thinking about as I read and as I write. It’s easy, of course, easy and cheap (a bit like me) to get all tangled up in the ways sex in romance novels is not “realistic.” If I wanted to visually represent what I would imagine about genitalia based on the way it behaves in romance novels, a penis would be like this: 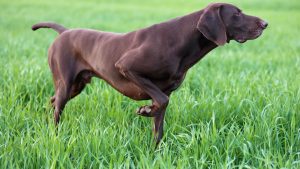 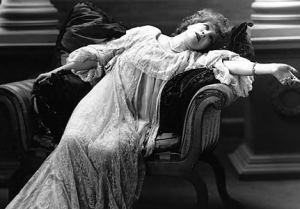 But I think, to some degree at least, focusing on (lack of) authenticity is to miss the point. Sex in romance novels is not mimetic nor, I would argue, is it meant to be. Realism is not necessarily the goal here. Representation is. And that’s what makes the ways we go about representing sex so super-interesting. There’s an essay in Dangerous Men and Adventurous Women(and, yes, my critical romance texts are old school, and I’m well aware that things have moved on since 1992, but I like to read this stuff) where Jayne Ann Krentz re-examines and re-frames romance tropes, not as the shallow clichés they’re usually dismissed for being, but as a complex series of signs that allow romance-familiar readers to engage with the text they’re reading. You meet a hero with steely grey eyes or a heroine with flame-red hair, and it communicates something diegetically about the sort of story you’re going to get.

To me, the way we write about sex is very similar, in that we’re building a system of tropes and signs and, in essence, reaching a kind of consensus about what sex in romance novels looks like, what it’s for, and what it means. And this can be very liberating – romance novels tell us that pretty much all legal, consensual sexual activity is okay and not weird or immoral, that it’s good and right to enjoy sex and want to have lots of it, that it’s safe to share sexual fantasies and sexual vulnerabilities, and that our goofy orgasm faces are deliciously attractive to whoever we’re sleeping with. But because we’re passing tropes on, book by book, it also leads to the perpetuation of some pretty weird ideas. Like the hymen being … I dunno … a kind of adamantium barrier located about a penis-head’s depth into the vagina? Or the notorious fluttering anus, which is still seen in the wild, even today.

But here’s the thing, I’m not sure to what degree worrying about that stuff is also missing the point. As I argued at the beginning of this post, realism isn’t automatically the goal here. Tropes are representative and these two enshrined, um, anatomical impossibilities are no exception: the historical hero battering down his heroine’s hymen like Bolingbroke at Flint Castle is demonstrating his commitment to claiming her and a fluttering anus is, I think, meant to be a happy-to-see-you anus, receptive and excitable.

It’s not a straightforward matter to locate a genuine difference between tropes like these and the other things we perhaps not only take for granted but actively look for in our fictional romantic sex, like unflagging penii and perma-drenched vaginas. But I suppose, if I were to try to isolate that difference, for me it would lie in the difference between what you might call poetic license and actual misrepresentation. Given a kind of deep cultural unspokenness around women’s bodies and men’s arses, and the potential role of romance in challenging those (I would say harmful) silences … it feels to me counter-productive to keep fluffing the basics. Again, not necessarily because it has to be right to be valuable, but because I feel that misinformation about your own body in books that supposed to be for you (or at the very least about you) is the sort of thing that might mess you up. Women are not hermetically sealed virginity capsules. And the anus is not like the swamp in The Princess Bride.

And I do get why these ideas persist. Depending on who we are we might not have instant access to a hymen or a penis or a vagina (although we all have access to an anus, so there’s no excuse for that one) and so naturally – given the way genres build consensus and develop tropes – we inherit our ideas about how things work, or how things may be shown to work in fiction, from the texts around us.

But, this throws up new dilemmas when you move closer to the sexual margins and into areas where people may be writing about activities or behaviours of which they do not have direct experience. And please don’t get me wrong, I don’t think direct experience is necessary for writing abou.t anything or anyone (that’s what research and imagination and empathy are for). I can even think of occasions on which personal experience is not, in fact, helpful as it tends to lock you into a set understanding of The Way Things Are, as it is a very natural, human impulse to universalise from our individual experience.

All of which pulls against much that is axiomatic to me, most particularly that sex is about context and power exists only where you choose to place it. To my mind, no consensual act or behaviour is inherently dominant or submissive, active or passive, empowering or degrading. And while I’m not trying to claim my kinky book is super-special and wildly different to all the rest of the kinky books, I did very much want it to reflect these ideas about love and sex and kink.

Except it apparently is a relevant factor.

And, don’t get me wrong, I do see the point here. I even—to some extent—agree with it. It is, after all, my editor’s job to draw my attention to potential mismatches between what I’m selling and what readers are buying. And it’s mine not to pursue some solipsistic vision of my own ego, but to create something that readers can access and engage with and, hopefully, enjoy. I can also see that, in a book that spends a lot of time poking at social constructions of stuff, it probably seems a bit odd to avoid what to many people seems like a big one.

Breaking through harmful expectations is important. But so is simply moving so far beyond them that they don’t matter—can’t can’t hurt us—any more.

The truth is every time I read a book that doesn’t feel the need to engage with these expectations, I feel my heart expand. For a little while, I can breathe and the air tastes good.

I want to build it with other writers and other readers. I want this to be our consensus.

Something I’ve noticed when reading people’s responses to BDSM-themed romances and erotica is that a lot of readers get very put off a text if they feel that the dominant character is insufficiently dommy. “[X] doesn’t work for me a dom(me)” is a phrase I’ve seen a lot. And, obviously, it’s fine for people to like what they like and if something doesn’t work for you, then it doesn’t work for you. Nevertheless I am, and I know I say this a lot, troubled by the implication that a dom(me) has to be a particular sort of person or behave in a particular sort of way.

At the risk of over-generalising, there’s a strong tendency for romdoms to replicate their sexual proclivities in all areas of their life. Even the ones who aren’t billionaires are usually highly conventionally successful: if they’re not running their own company, they’re pursuing some other archetypically forceful and masculine career, usually in some branch of law enforcement or the military. They’re reserved, yet dynamic, and in control of everything, from the boardroom to the bedroom.

And while this perfectly understandable as a fantasy, it’s fantasy that only works if you take as read that you’re not expected to identify with this character in any way, shape or form. That they only exist as a catalyst for the desires of the viewpoint character—who, by contrast, tends to be aggressively normal. It presents dominance as the natural mode of a certain, very special type of person and submission as the natural mode of reaction to that person. In so doing, it tacitly denies that dominance and submission can exist within a dynamic between two perfectly ordinary people, simply because that’s what they’re into.

A big part of what I’ve tried to do with For Real is to … and I acknowledge this isn’t a word, nor should it be because it sounds awful … de-exclusive-ify the role of the dominant.  A quick recap for those who aren’t as familiar with my work as, well, me: For Real is a story about Laurie, a jaded 37-year-old sub and Toby, an inexperienced 19-year-old dom.  It was really important to me to show that doms, like subs, like everybody else, can basically be anyone. That sexual dominance isn’t something you can only be into if you’re 39 and rich. And that submission is a choice based on who you want to submit to, not a validation of another person’s superiority.

Toby spends a large part of the book internally wrangling his own uncertainties and he never shows the absolute poise and control that romdoms are supposed to have. He’s excitable and passionate and occasionally quite overwhelmed by the things Laurie allows him to do. But—to my mind and, perhaps most importantly, to Laurie’s—none of that makes him less of a dom. I’d even go so far as to say that, to me at least, there’s something pretty fragile about the notion that dominance can admit no uncertainty, humanity or passion.

But, don’t get me wrong, there will always be room for tenaciously self-controlled billionaires with bespoke sex dungeons. I just like to think there’s room for the rest of us as well.