a book is a thing that is happening 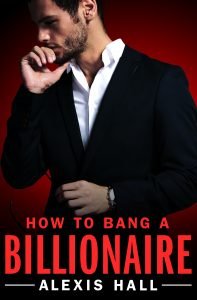 I’m never really sure what to write on these launch day posts. For one reason or another, I’m a bit phobic of writing about writing, and especially of writing about my own books. Basically, I’m big on death of the author and very much feel that what my books are is for my readers to decide for themselves, not for me state in a blog post.

And I appreciate that some people like to have insight from authors or creators into ambiguities in texts and, hell, sometimes I even like that myself but at the same time I find it weirdly problematic that they exist – the insights I mean, not the ambiguities. For example, I was profoundly confused by the ending of the Starz Treasure Island prequel Black Sails, in which it’s unclear whether Captain Flint has, like your childhood pet, gone off to live on a  big farm in the countryside where he can be happy. Or if, like your childhood pet, he’s just lying dead in a wood somewhere because your parents/John Silver had got sick of feeding/being led into certain death by him. And I did actually Google to see what people were saying and I did, actually, look at the response from the show runners because a lot of people felt that the ending was deliberately ambiguous (there’s a lot of stuff in that show about stories and mythologies and whatnot and we only get the Big Farm In The Country narrative from Silver, who has every reason to shoot his friend in the head, then lie about it).

The response from the show runners seems to be that they didn’t particularly intend it to be ambiguous, and Flint apparently really is living in soft focus on a big farm with all the other gays, but they were happy for viewers to interpret it as ambiguous if they wanted to. Now this is about the best way you can respond to this situation (way better than ‘no, they’re wrong and stupid’) and, obviously, it was my choice to read what the show runners said but I do feel that having that information makes the ending less interesting than it otherwise would have been. Because, now, instead of having an ending that’s ambiguous as to whether a particular character is alive or dead you have an ending that’s meta-ambiguous as to whether a character is alive, or ambiguously alive or dead. And, much as I like meta stuff, that’s probably a shade too meta even for me.

All of which is to say that, from what I’ve seen, there are some readers who are interpreting How To Bang A Billionaire very much the way I interpret it, and there are others who are interpreting it quite differently. And all of those interpretations are equally valid. Part of what I was trying to do with the book was to engage with a very well established set of tropes within the genre. And so my take on my book is my take on my take on my take on those tropes. Where another person’s response to the book is their take on my take on their take on my take on those tropes. Isn’t this fun? Attempting to walk the line between providing insight into my thought process, for the people who want that kind of thing, and steering well clear of interpretation for the people who don’t, I think it’s fairly safe to say that I was basically aiming to address a lot of the questions I usually address in my more trope-driven stories. Questions like: but what would happen next, but how would that actually work, or but how that manifest differently in an LGBTQ+ relationship.

With that out the way, there are a couple of practical questions I can also address for those who are concerned / interested. I’ll try to keep this spoiler-light but I’m a big fan of readers being able to make informed decisions about books. Because nobody benefits from a disappointed reader. So here’s a mini FAQ based on the sort of the Qs I’ve F been Aed.

What sort of series is this?

It’s specifically a fully contained trilogy, following one couple. This isn’t to say I won’t ever write other books set in the same world or about the same people. But, for now, it’s three books about Caspian and Arden, with an HEA ending.

Do I have to have read, um, any other specific works in the genre to get this book?

Long answer: ultimately this is my take on the bildom romance and I’ve read a lot of bildom romances, partly just for fun and partly as part of the process of working on the book. So it’s hard for me to know how much familiarity with the sub-genre will influence a person’s reading. Although, I suppose, thinking about it it’s hard for me to know how not being the person who wrote the book influences your reading either. I mean, basically it’s my take on billionaire romances. If you like billionaire romances, you should like because, while I’ve played around with it, I feel like I’ve remained true to the spirit of the genre (spoiler: Arden doesn’t ditch Caspian for a gardener at the end or anything). If you’re not particularly into billionaires but still like my writing, then hopefully you’ll like this because I still wrote it.

Are there are any cliff-hangers I need to worry about?

Depends what you mean by cliff-hanger really. You obviously don’t get the HEA until book three (because, then, seriously what the other books be about). I will say that this series breaks the normal tradition of the subgenre in that (mild spoiler) Caspian and Arden don’t break up at the end of book one. Obviously, there will come a point when they do break up because … well … that’s the story arc but you can read book one without worrying about a downer ending.

What’s the heat and kink level?

Are there any trigger warnings?

When is book two out?

The second book—which I’m happy to report will be called How To Blow It With A Billionaire—should be out in November.

When is book three out?

I don’t know. I’m too disorganised!

Obviously if you have any other questions, please free to ask them below and I’ll do my best to answer.

writing
how to bang a billionaire, my books, release day

41 Responses to a book is a thing that is happening